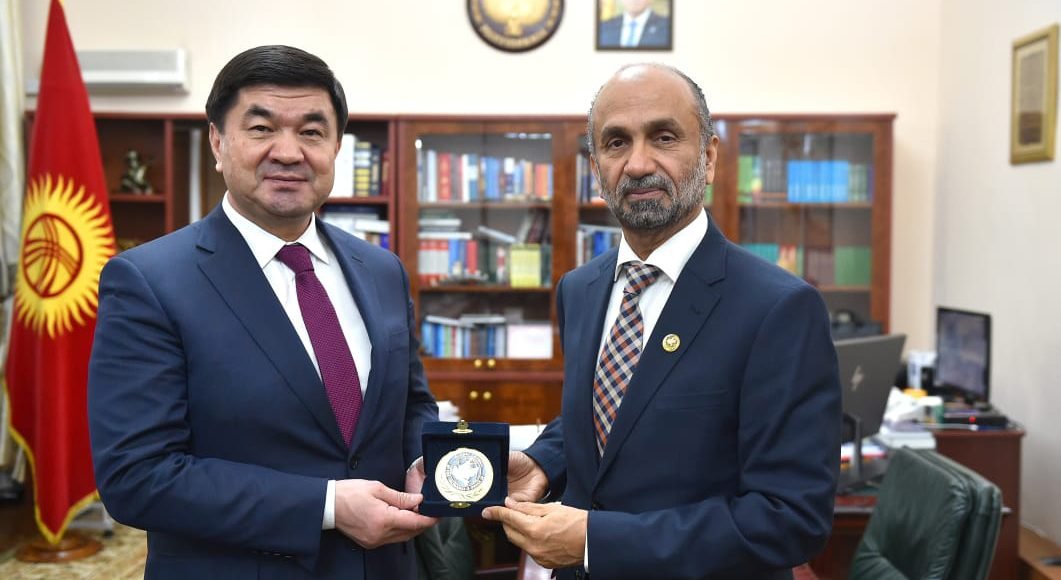 Abylgaziev welcomed the delegation members and praised the Council’s message of rallying international efforts to support tolerance and peace all over the world.

He also commended his country’s progressive relations with the UAE, which was the first country to recognise Kyrgyzstan as an independent state in 1991.

Al Jarwan briefed the prime minister of Kyrgyzstan about the latest programmes of the GCTP and its parliament. He lauded Kyrgyzstan’s role in supporting the values and initiatives of peace, tolerance and peaceful co-existence.

Afterwards, the delegation also met with Dastan Jumabekov, Speaker of Kyrgyzstan’s Supreme Council, and discussed with him means of providing support to parliamentary initiatives for tolerance and peace.

Jumabekov referred to the Human Fraternity Document, which was signed in Abu Dhabi, describing it as the key historic reference to global fraternity and tolerance.

The delegation also visited the University of Kyrgyzstan and the American University of Bishkek and discussed with the officials there ways of enhancing cooperation and promoting values of tolerance and peace in the academic spheres.

On the visit’s sidelines, the delegation also met with Maksatbek Toktomushev, Mufti of Kyrgyzstan, who lauded the Council’s role in promoting peace and tolerance.

The delegation also visited the Foundation for Tolerance International and apprised its president about the Council’s vision, mission and objectives of promoting the culture of peace.

President of the Global Council for Tolerance and Peace discusses enhancing…