Al-Jarwan participates in the Spain International Conference in Support of Peace and Intercultural Dialogue:

“The United Arabic Emirates has taken great and courageous steps to support a real rapprochement between religions and cultures. The Document on Human Fraternity and the Abrahamic Family House are global examples of this rapprochement.” 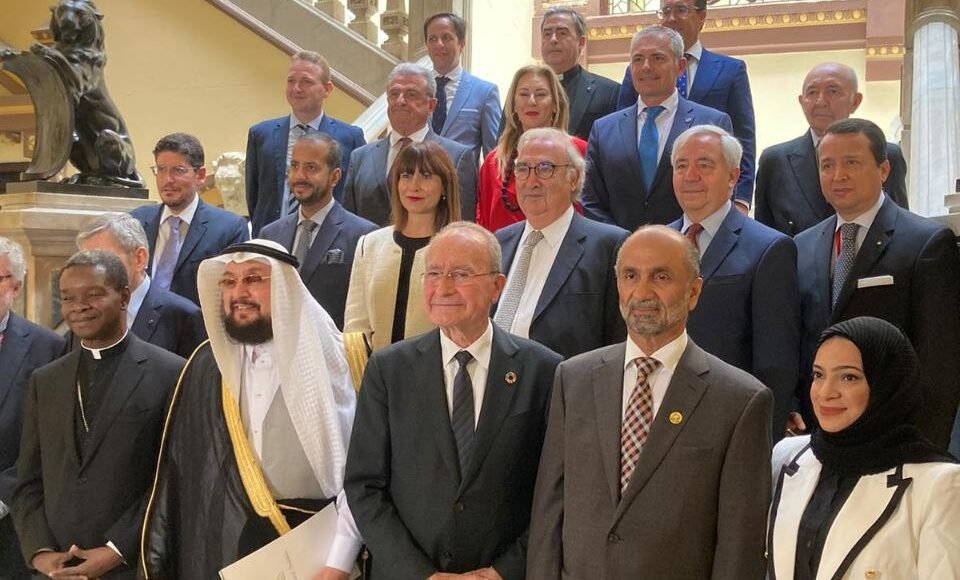 During his intervention at this international conference, Ahmed Al Jarwan highlighted what he described as “the tireless and bold efforts adopted by the United Arab Emirates to establish bases for a real rapprochement between religions and cultures, after the state covered, its sponsorship, the Document on Human Fraternity and established the Abrahamic Family House on its land as a universal symbol of this rapprochement,”, and stressed that “serious dialogue between different civilizations, religions and cultures is no longer an intellectual luxury, but has become the only way to establish peace.”
The President of the Global Council for Tolerance and Peace added that “The consensus of religions and cultures is the lifeline to terrorism and extremism,” adding that “NGOs have an active role to play in establishing communication workshops, establishing basis for coexistence and acceptance of others, and building relationships based on equality and preserving human dignity.”
Al-Jarwan stressed, to representatives of various international organizations concerned with human rights and support for coexistence and peace, the need to “invest that large space provided by modern technology to communicate and spread ideas aimed at supporting the tolerant meanings of accepting difference, rejecting violence and supporting coexistence”, the President of the Global Council for Tolerance and Peace called for the need to maintain “the continuation of the dialogue, no matter how many obstacles or setbacks the latter faces, especially since it is the only way to achieve rapprochement, understanding and peace”.
Ahmed Al-Jarwan also highlighted the need to encourage “scientific research in the field of dialogue between cultures and religions, and to submit proposals for solutions to those obstacles facing dialogue,” and stressed that the Global Council for Tolerance and Peace “make strenuous efforts to achieve this goal in support of research and studies on tolerance and peace,” adding that “this experience can also be expanded to include support for scientific research in the field of interreligious dialogue.”

Al-Jarwan meets with the speaker of the kazakh senate